During our research project ANA goes Europe, we investigate the role of the architect in the future European housing assignment. The trip we made this autumn led to Paris and its suburbs. The French solutions for matters such as living quality, densification, transformation of the Grand Ensembles and gentrification are instructive for the Dutch practice. The third postcard comes from Montreuil, a small municipality in the eastern part of the Métropole du Grand Paris.

Montreuil lies just outside the Boulevard Périphérique. It is a municipality with about 100,000 inhabitants. The city has an industrial past and one of the last communist mayors in the region.
Montreuil is very popular with the so-called Bobos (Bohemian Bourgeois) because it has a mixed character: a diversity of social classes and activity. There are many former industrial buildings that could very well be transformed into lofts. Montreuil is small-scale, almost as a village. And not unimportant in terms of the popularity of the municipality, is that the house prices in Montreuil are on average € 5,000 per m2 lower than in Paris (€ 10,000). Since 1975, the number of high educated people in Bas Montreuil, which is closest to Paris, has increased fivefold. Montreuil wants a slow gentrification, a very gradual transformation in which space is retained for the original residents and entrepreneurs, and a mix of high and low incomes is preserved. 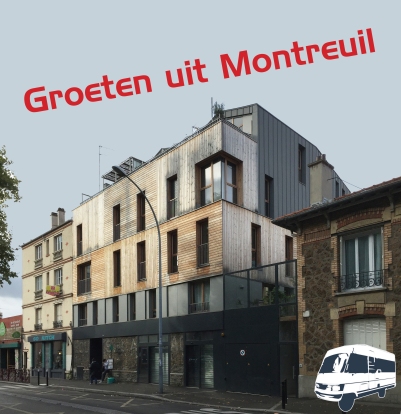 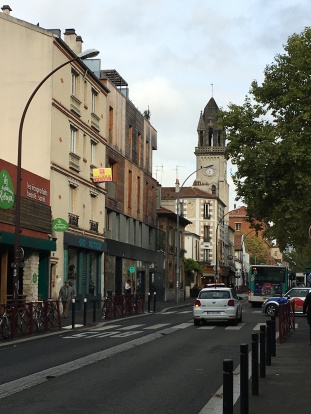 Here we visit Archi5. The partners of this firm (at least 4 of 5) live and work in Montreuil. Archi5 has realized several projects in Montreuil, most of which in collaboration with REI Habitat, a ‘young’ developer who prefers to build in wood.Archi5 and REI Habitat are focusing on small-scale interventions, in wood if possible, with a strong collective character. One of the employees of Archi5 shows us his property in the Le Bourg project. The compact dwellings strike deep into the block and lie around a spacious communal garden in which the existing trees are maintained. 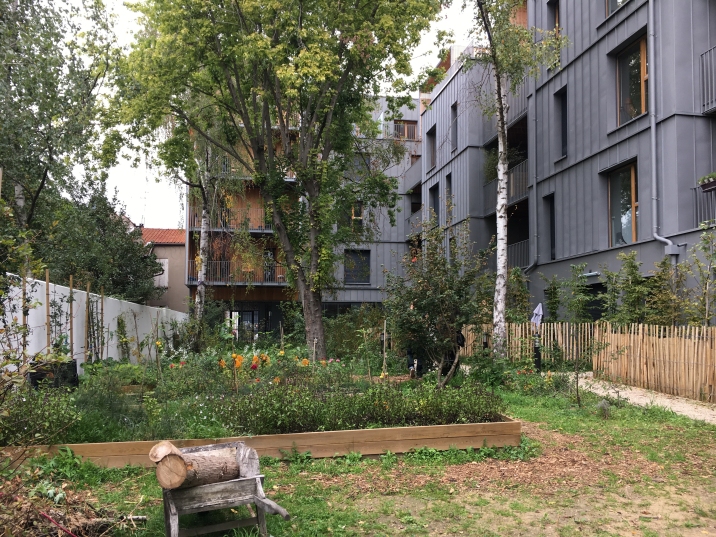 Besides Le Bourg, the architects and developer have realized a number of small-scale implementations in the same neighbourhood. Archi5 is now being asked more often for this type of projects because they know how things work in Montreuil, and this is necessary, because certainly not all proposals for new construction projects are approved. For each project, the municipality decides if she wants to contribute to a new development. Wood seems to push all the right buttons, as does building for special groups. Next to the office of Archi5, a residential project with social housing for single male immigrants has just been realized. The project is in line with the vision of the municipality to make Montreuil an inclusive municipality.

Montreuil’s strategy of evaluating each proposal according the social significance for the municipality is perhaps somewhat unpredictable and therefore risky for developers, but it is also interesting because it allows for a slow transformation that preserves the character of Montreuil. Not making a comprehensive master plan makes it possible to only allow initiatives that add value for the neighbourhood. Such a strategy is an interesting reference for the transformation of existing industrial areas in the Netherlands such as the Hamerstraat area in Amsterdam, the Binckhorst in The Hague and the Merwe-Vierhavens in Rotterdam.