In may 2015 we visited 10 German cities, talked to 16 stakeholders and drove 2237 km in only 5 days. This speed-trip to the German Midfield learned us what the combination of political consistency, social innovation and initiatives by architects can bring to the housing assignment. 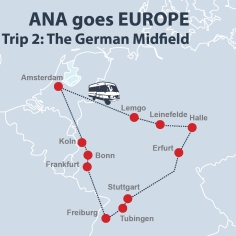 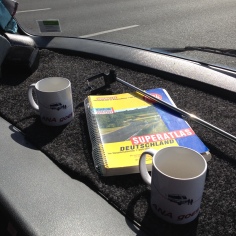 ANA on the road

Intergenerational Housing
Germany is the most aged country in Europe; 20,6 % of the population is over 65. Intergenerational solidarity is the leading theme of the German policy. On a national level Germany is supporting the development of Mehrgenerationshauser, community buildings in which activities are organized that facilitate the interaction and thereby solidarity between different generations.  When families live spread out all over the country, the neighborhood should work as a new ‘family’-network that helps to be self-supporting in a society that can no longer organize every form of aid top down. This principle is also translated in new housing concepts.

We have visited several of these ‘Mehrgenerations’ housingprojects. Karmeliterkloster in Bonn is a very sympathetic project in which families live together with older people and form a small community behind the walls of an old convent. The size of this project, 70 housing units, guarantees a balance between collectiveness and privacy. In Pöstenhof in Lemgo, a smaller project with 34 units, the collectiveness is emphasized through the organization of access. This project is open to the neighborhood and integrates daycare for elderly who still live at home. Both examples have waiting lists, and prove that mixing generations could be an interesting solution for an aging society, when organized well. 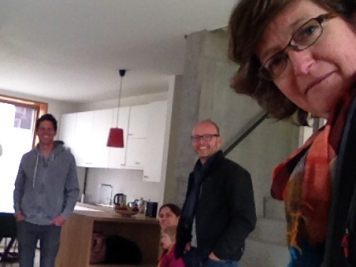 Housing in shrinking & growing Towns
Germany has been dealing with shrinking towns for more than ten years and has developed consistent strategies for transformation of existing buildings and areas. At the same time Germany has so called ‘Schwarmstädter’, cities that grow strongly.

We have visited both sides of Germany. Freiburg and Tübingen are two small university cities in the South that attract a lot of young people. These cities are growing fast. Freiburg chooses to densify the city in the existing housing areas. The city struggles with developers to build delicate solutions and getting public support for these developments.. Tübingen, also a citiy that densifies, chooses to buy land and sell plots to baugruppen. Tübingen uses a consistent strategy for development that guarantees public support and that leaves room for new insights. This consistency in combination with a process of learning from mistakes leads to very consistent and coherent neighbourhoods.

On the other side of Germany we have visited Halle and Leinefelde, two former DDR towns with big plattenbau neighborhoods. The population of Halle Neustadt has shrunk with 50% since the ‘90’s. The city of Halle lost 80.000 inhabitants after the reunion. Most part of this loss is subscribed to Halle Neustad. The measurements undertaken by the city aim for renovation and demolition of the existing housing stock. During the recent years 13.500 dwellings have been demolished. Leinefelde has also demolished large amounts of buildings in a very short period of time. The remaining stock is being renovated as far as the exterior is concerned; behind the fresh new stucced facades the old plattenbau plans without elevators remain. The city of Leinefelde has followed a very consistent top down policy but didn’t leave much room for new insights or bottom up initiatives. Whereas these insights are needed for sustainable urban development both in terms of growth and shrinkage. 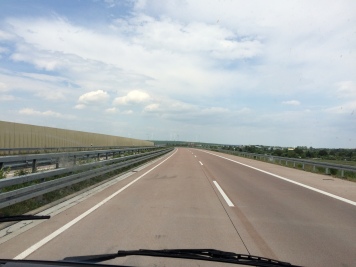 Sustainable Housing
Germany is leading in Europe when it comes to sustainable energy policy. Already 25% of German energy is gained from sustainable resources. One of the more interesting building experiments is the energy contest taking place in Frankfurt. The two major housing corporations are ‘competing’ in building energy-plus-apartment-buildings. Neussauische Heimstadt has almost finished a small energy-plus-apartment block in Riedberg, on the outskirts of Frankfurt. The even bigger energy-plus-project of ABG Frankfurt in the city center is still under construction.

These buildings generate a surplus of energy to supply all the housing related energy demand and facilitate several electrical cars.
These energetic ambitions do have an enormous impact on the architecture. Roof and south façade are filled with solar panels to a maximum amount. Balconies and roof terraces are banned to the other sides of the building or skipped completely. One can wonder if integrating energy generating systems in housing projects to such an extent is the right solution for the future of housing.

ANA at solarsiedlung in Vauban

Bottom Up Housing
Tübingen is one of the more extreme examples of the self build town. Tübingen has fully professionalized  ‘bottom up’ town planning.  In the nineties this town has started to give room for Baugruppen. We have visited ‘Französisches viertel’, the oldest area and ‘Die Alte Weberei’, the newest development area. This phenomenon of Baugruppen has started in the smaller towns as a means to build affordable housing for young people. But now also some of the bigger cities start to see the plusses. In Köln we have visited the project Baufreunden of Office03, in one of the first development areas in Köln with plots for Baugruppen.
In the Netherlands this phenomenon of self-build-housing  has been given an enormous boost during the recent housing crisis. Now that the housing market is recovering again the discussion has started to preserve this way of developing. It brings a lot of variation, housing quality and social sustainability to cities but it also demands a strong government policy to get and keep it organized. Tübingen is a good example in this perspective. It has chosen to follow this way of developing because of the qualities it brings to the city even in times of strong pressure on the housing market. 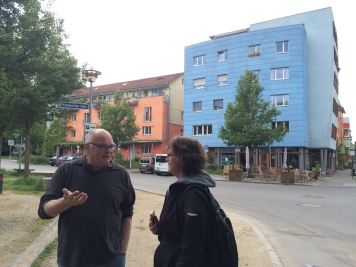 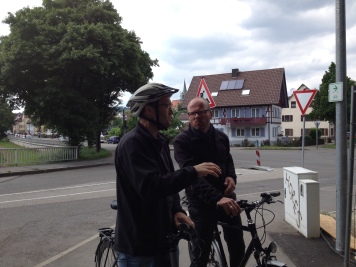 German Architects in housing
German architects have always had a bigger responsibility compared to Dutch architects. German architects operate as main contractors and are also responsible for the other advisors and the builder. On the one hand this gives the architect more possibilities to control the quality until the end. On the other hand it leads to architects taking less risks in the design of the technical detail.
Also in the many baugruppen-projects architects are often the initiator, which makes their position even stronger. It gives them more control to guarantee a typical German high building standard. Recent developments in the Netherlands show more often the architect in the role of initiator.  This gives them also the possibility to claim a stronger role in the process. If Dutch architects could combine this with their conceptual and typological approach to the design this could result into an integral high quality in housing.

What ’s next?
The trips to Scandinavia and Germany have shown us a part of Europe that is doing well, by healthy economies as well as by a well-organized society. Things function, policies are executed.
In October we will visit Spain & Portugal; the Southern survivors. This part of Europe has had more trouble to survive in a turbulent context of large financial problems, immigration overflow and a less stable political history .

A book and new European prototypes
What do these trips bring us? Future housing themes are being  answered with new design solutions all over Europe. We have started a collection of housing prototypes, new solutions to future housing issues: New European Housing Prototypes. And we are preparing a book about our discoveries in Europe. More about this in next posts.